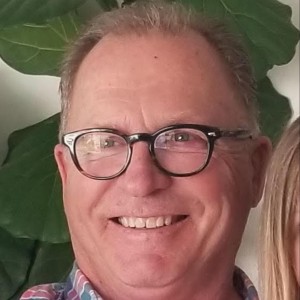 I wrote this blog post the day following the election, November 5, 2008.  I decided to postpone posting it because of its sarcasm, and I really don’t think the issue is gay marriage, rather how we impact and influence society and culture.  Now, here is where people will get sidetracked from my argument, so let me clarify.  I am not “for” gay marriage.  The phrase gay marriage is an oxymoron.  The gay lifestyle and disposition has no appeal, people do not aspire to homosexuality, they resign themselves to homosexuality.  Parents do not hope for gay children, and for good reason:  the gay lifestyle and predicament is a burden not a nobility.  It argues against itself.  Christianity  should offer hope and freedom.

It was almost pulled away from us by the gay population, but we beat them back at the ballot box.  Christianity prevailed.  We did it.  We saved marriage.  If we had lost, marriage as we know it would be lost forever.  It would have been our fault that we didn’t get out the vote.  But thank God we did, who knows what my household would have been like today if we hadn’t.  Congratulations.

I have been holding out saying much about this until the election was over.  Now it is time to talk about politics and the influence of politics on the church and it’s method and message.

First, we got caught in lies.

Political rhetoric is shamefully obtuse and deceptive.  It leaves out key facts that paint the full picture and it speaks in hyperbole, mostly to engender a response most often a response of fear.  So, Barack Obama was said to have voted “present” in many of his Senate votes as if that were a bad thing when in fact it isn’t as bad as it was made out to be.  So McCain was “attached” to the Bush administration so that he could be marginalized by people who want “change”.  So the economic crisis is pinned on the President when the realities are much more complex.  And the Prop. 8 campaign also spoke in hyperbole.

Here is a quote from the Prop 8 website (“protectmarriage.com” even the name is hyperbolic):

“It is imperative that all pastors and Christian leaders view this for what it is: an irretrievable moment, with profound and lasting consequences.  We must vigorously support Prop 8, as if our ministries and our lives depend on it.  Ultimately, they will.”

That is the end paragraph, the conclusion of a lengthy quote which included statements like:  “hinge of history”; “major change point”; “threatens to forever muzzle Bible believing Christians”.

I disagree.  Yesterday was not an irretrievable moment.  My ministry in no way was dependent on the outcome of prop. 8.  My life was not in danger.  This will not be a shining historical moment for the church, nor would it have been a blight on our history if the proposition failed.  Bible believing Christians will never be muzzled, even if called to die for the gospel proclamation. In many periods of church history, the voice of the church has never been as clarion as it is when the church was persecuted.

This kind of language is harmful to the church and it’s message.  Critics are rightly branding this speech as “untrue”.  Is it worth it to have the reputation of truth tarnished by the language we use to “get out the vote”?  I say it is not.  And today, we will begin to feel the repurcussions of our political dalliance.

Second, we forgot our mission.

Our voice, our strength, our purpose is not to change society or protect our values through legislation.  I heard yesterday on the radio (Southwest Radio Church) that the gospel message needed to be 90% law and 10% grace (they claimed to be quoting Wesley). Now the book of Galatians says that the law is a tutor that leads to Christ.  But this is not a template for evangelism nor is it a template for influencing culture.  If the passage is read carefully, faith precedes the giving of the law!  This is Paul’s argument in both Romans and Galatians.  “Are you so foolish?  Having begun by the Spirit, are you now being perfected by the flesh?”  We don’t preach the law, we preach Christ crucified.

Third, we are missing/losing the more important battle.

Pursuing the battleground of the law when we have lost the battleground of the mind, is to lose the war.   Christians have abdicated the intellectual arena of our culture.  It used to be that the presence of Christian thinkers permeated the major universities of our nation.  The minds of the leaders and opinion makers of the nation were first indoctrinated and influenced by truth and a Christian worldview.  That has changed dramatically.  The rise of  Christian colleges and universities has caused a void in the secular university.  The best and brightest Christians are no longer teaching or attending the major universities.  That change has extended to the market place, where now we seek businesses marked with the sign.

The real battle lies in our ability to re-enter the culture war and fight the battle for the mind.  It is an intellectual battle and unfortunately there is a raging anti-intellectualism in the evangelical movement.  It is a lifestyle change but we are too comfortable in our modern monasteries that we call church with the accompanying accoutrement of cloistered lifestyle choices:  homeschooling, Christian colleges, exclusive social circles.  All these things, if designed to protect us from “the world” instead of preparing us to engage our culture, keep us from really winning the war.  It is not an election war; it will take much longer than an election cycle.

First, it will go before the same 9th Circuit Court at some point when challenged legally.  They have already made their opinion clear on the issue.  There is a good chance “the voice of the people” will be overturned by the 9th Circuit on legal and constitutional grounds rather than on Christian moral grounds.  I am willing to be shown wrong on this point, not being a legal expert, but all propositions must in fact be constituional or they will not become law.  The proponents of Proposition 8 say this is exactly why this was put in the form of a constitutional amendment, nonetheless, it will be challenged.